California is a great option when it comes to pursuing higher studies. It is home to many coveted colleges and universities. Add to that the wonderful weather and vibrant culture of this chic cosmopolis, and voila, there is the perfect setting to match the spirit and intellectual requisite of prodigious new minds. Universities in California offer up a variety of academic programmes to satisfy diverse academic inclinations. Ranking high on the list of places with prolific professional opportunities, it’s also a great place to launch a successful career post-graduation if one shall so desire.

Here’s a concise list of the best universities in California.

1. Stanford University: Located in the upbeat Silicon Valley in Northern California, Stanford University has been ranked the number one university in the world for graduate employability multiple times in the past. Founded in 1885 by Leland and Jane Stanford, this is California’s top-rated college. Today it has nearly 10,000 postgrad students enrolled in their master’s and PhD programs. Their Master’s programs include Learning, Design and Technology (LDT), International Comparative Education (ICE), a STEP and a CTE Teacher Education Program, and others related to Policy or Joint Degree Programs. Tuitions and fees are roughly over $50,000.

Motto: “The wind of Freedom blows”.

2. California Institute of Technology: or the Caltech, founded in 1891 is one of the top universities in Southern California, located in Pasadena. It is a world-renowned institution for science and engineering research and education, featuring a NASA owned Jet Propulsion Laboratory, a Seismological Laboratory and the International Observatory Network. There are six academic divisions, namely Biology and Biological Engineering, Chemistry and Chemical Engineering, Physics, Engineering and Applied Science, Geological and Planetary Sciences, Humanities and Social Sciences, as well as, Mathematics and Astronomy. Tuitions and fees are between $50,000 – $55,000.

Motto: “The truth shall make you free”

3. University of California, Berkeley: This university in Northern California was founded in the March of 1868, making it the oldest among the ten campuses of the University of California. It is also where the Free-Speech Movement of the 1960s started. There have been 19 Nobel Prize winners among Berkeley’s faculty in Physics, Chemistry and Economics. The university features a Botanical Garden dating back to 1890 and a gigantic stadium. In the 2012 London Olympics Berkeley graduates won 17 medals. Tuitions and fees in-state are roughly $14,000 and $40,000 for out-of-state.

Motto: “Let there be Light”

4. University of California, Los Angeles: or UCLA widely acknowledged as one of the top universities in California, offers 230 graduate and undergraduate majors with an extraordinary faculty well-known all over the world. They also have study abroad programs in over 39 countries. The varied programs offered are Engineering & Technology, Business, Economics, Law, Social and Physical Sciences, Medicine, Arts and Humanities. Tuitions and fees for in-state students are approximately $13,00 and for out-of-state students over $40,000.

5. University of California, San Diego: or the UCSD, established in 1960 is perched on a sunlit cliff with luminous views of the Pacific Ocean. They offer 35 master’s programs and 47 PhD programs, and enrol nearly 8,500 graduate students every year. The UCSD is a Public Ivy college. The University is favoured by music enthusiasts and aficionados of sports like rugby, tennis or ice-hockey. The university boasts a network of over 170,000 faculty and alumni, a figure that includes its fair share of Noble Laureates. Tuitions and fees are congruent to other UC colleges.

6. University of California, Davis: or UCD is another university in Northern California, located in Yolo County. The university features an Arboretum of several gardens, an equestrian centre, a farm and a sprawling sports stadium. It offers study abroad programs in 30 countries around the globe and has several partner universities worldwide. The primary programs pertain to Agricultural and Environmental Sciences, Biological Sciences and Engineering and a College of Letters and Sciences. The campus is a short drive from the state capital Sacramento. Tuitions and fees structure in line with other UC colleges.

7. University of Southern California: was founded in 1880 and is the oldest private research institution of the West. Highly sought after as of the top colleges in California, it is comprised of a College of Letters located in the swanky LA Downtown Arts and Education Corridor, a Health Sciences Campus, a Keck School of Medicine, three teaching hospitals and offers programs in  Biokinesiology and Physical Therapy, Occupational Science and Occupational Therapy. The USC also has a School of Pharmacy and a School of Cinema Arts. It is world-renowned in the arena of communication and multimedia technologies. Among notable alumni are Hollywood stars like Clint Eastwood and John Wayne and Neil Armstrong, the first-ever man to set foot on the moon. Tuitions and fees will set you back by approximately $60,000.

Motto: Loosely translated to “let whoever earns the palm bear it” symbolizing triumph, ascent and regeneration.

8. University of California, Santa Barbara: abbreviated as the UCSB and established in 1891, is not only another one of the highly ranked colleges in southern California, but is also a prestigious Public Ivy University, specialising in liberal arts. The campus is incomparable with views of both the blue Pacific and the Santa Ynez Mountains. It is comprised of three separate colleges, a College of Letters and Science offering programs in humanities, fine arts, social sciences and mathematics, a College of Engineering with core research on biomolecular and computation science and engineering, and finally a College of Creative Studies, endlessly birthing original works of Music and Literature. UCSB also has two other departments: Bren School of Environmental Science & Management and the Gevirtz Graduate School of Education. Tuitions and fees approximately $14,000 for in-state students and $43,000 for out-of-state.

9. University of California, Irvine: or the UCI is a public research university in Orange County, Southern California, tied to the Association of American Universities. It was founded in 1965 and the faculty already boasts three Nobel Prize winners as well as National Medal of Science recipients. The university offers 192-degree programs and has a strength of over 30,000 students. It’s known for its ergonomic endeavours like the Anteaters for Recycling and Conservation. An Anteater called Peter, is the university mascot. Tuitions and fees $13,000 for in-state and $43,000 for out-of-state students.

10. University of California, Santa Cruz: or the UCSC is also a world-class public institution that opened its doors to students in the fall of 1965. Almost the entire freshman population live on campus and go to one of the 10 residential colleges. The campus also features the state-of-the-art McHenry library. Students are encouraged to participate in exchange programs with partner universities, like the University of New Mexico and the University of New Hampshire. Among celebrity, alumni are film director Cary Fukunaga and Jonah Peretti, CEO of Buzzfeed and the Huffington Post. Tuition and fees like other UC colleges, an approximate $14000 for in-state and $43,000 for out-of-state students.

Studying at one of the world-renowned universities in California can be a truly rewarding academic experience, minus the price tag of Harvard. The state also offers several scholarship programs targeted for students of diverse backgrounds. There are scholarships for in-state students, American students, Asian students, students of Performing Arts, Public Education and the list goes on. So, if you are thinking of applying for a scholarship it might be wise to do some research in advance and find out which one you might be eligible for.

Some of the famous Scholarship programs in California are the Horatio Alger California Scholarship, Good Tidings Community Service Scholarship, Joel Garcia Memorial Scholarship, DREAM Dance Performing Arts Scholarship Award, Professional Businesswomen of California Scholarship for Young Women etc. Choose from among the top 10 colleges in California listed above and watch all your academic dreams come true. And the good news is it doesn’t end there. There is so much more to California than a world-class education. The fascinating beaches, the extraordinary cuisine, the riveting music and arts scenario and an exceptional cultural diversity are just a few of the of added perks to enjoy in the golden state of California. The memories made here will enrich your soul and live within you forever. 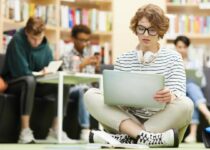 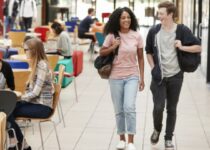