The LinkedIn “2020 Emerging Jobs Report for India” points out to a fruitful career for Indians pursuing technological professions. A total of 15 top professions have been identified, ranging through 19 different industries with ITES ranking at the top. It presents new opportunities for job seekers throughout India.

With India as the second-fastest digitizing economy, it is no surprise to witness a tech-dominating emerging quota. Blockchain Developer and Artificial Intelligence Specialist claim the top spots for seeing the most significant growth. JavaScript Developer and Robotic Process Automation Consultant follow closely behind. Nonetheless, a few posts for human touch have also kept the opportunities steadily increasing for Indians in pursuit of these.

While job seekers will skim this list to check for job opportunities present in the companies encompassing different industries, they will also look for the skills-set they need to develop and update to come out at the top and beat the competition.  In general, the future presents enormous scope for all individuals aiming for the technological profession. According to the McKinsey report, India’s tech sector will score up to 65 million jobs and contribute $1 trillion in economic value.

The Emerging Jobs report will also aid employers for recruitment and talent selection as they too navigate to shorten the gap between technological advancements of the past years. Their main concern is to find areas that need investments and will be able to accelerate the company’s growth and provide ease of automation. India’s 62 million LinkedIn users have provided with important data for establishing emerging job trends of 2020 as they engaged in professional networking. This data accomplishes strong links between the Indian market, the talent pool and the industries involved.

ITES Industry seeks the highest demand for the Emerging Jobs

Around 19 Industries have been listed where these professionals might land. Noticeably, a vast majority of these occupations will be in highest demand in the following industries, Information Technology and Enables Services or ITES which is at the top, closely followed by Computer Software, and the Internet.

A NASSCOM-Zinnov report has highlighted Bengaluru as the third-largest tech startup hub in the entire world. It continues to create the best-level professional jobs in the core areas specified in the report and will continue to do so. It is rightly designated the Silicon Valley of India. Bengaluru is trailed by Hyderabad in this regard and also Mumbai. Hyderabad’s has claimed a distinguished spot as an Indian 2nd best tech-hub, and its rising status is dominated by an increasing number of jobs in the area.

India now ranks sixth internationally when it comes to Blockchain patents, as HardFork announced. Organization Owners are also ramping up investments for blockchain because many industries have already begun identifying the applications of blockchain, according to NASSCOM (National Association of Software and Services Companies) and Avasant Blockchain Report 2019.

Currently, the BFSI (Banking and  Financial Services and Insurance) sector has the highest established blockchain adoptions, and the healthcare, logistics and retail enterprises have also begun endeavours in this regard. Around 50% of all the Indian States have shown the intent of adopting blockchain. A blockchain developer is responsible for designing and integrating blockchain systems through numerous blockchain protocols. Contracts and applications are just two examples of the many blockchain setups. Developers mainly build products or services for companies. The skills required for blockchain are Hyperledger, Solidity, Smart Contract and finally Node.js.

Artificial Intelligence has the lead in the top charts of U.S Emerging Jobs. The technical skills required are Machine Learning, TensorFlow, Natural Language Processing or NLP, Deep Learning and, Python, which is a form of programming language. An artificial intelligence Specialist is responsible for equipping machines with human intelligence. They help machines to learn. Assisting the machines to automatically perform processes and memorize information is just one of the benefits. The main function is to help machines think, respond and perceive the environment as humans and finally make decisions accordingly as well.

It is a programming language that contributes to website building. Javascript developers take care of the core functionalities that drive logic and how front-end elements behave. It involves designing and developing logic and integrating them into a functioning and complete website. Most Javascript Developers are hired to work on elements that are visible, but the language in itself is so strong that it can bring about enormous changes and build complex design structures combined to give out extraordinary results.

The skills required to qualify as a Javascript Developer are Node.js, AngularJS, React Native and also MongoDB. It would be a mistake to underestimate these skills as it has proved its self by making it to the top three as the emerging job of India and worthy of investments by large corporations.

Many companies are adopting the “Work smart, not hard” strategy and looking to automate processes that were once performed manually by the human-workforce. The basic task involves a consultant to analyze the company’s specific needs and understand them. He then needs to strategize how a company can adopt RPA to enhance efficiency, catering to its obvious needs. RPA does not match traditional automation processes and is much evolved. A basic principle in RPA is helping machines in thinking and performing decisions like a human. The skills for this occupation include UiPath, Automation Anywhere, SQL and Blue Prism.

The procedure adopted for finding the “Emerging Jobs 2020 Report for India” begins through analyzing the accumulative data of all LinkedIn members owning public profiles which have been in full-time employment in India for a time span of five years, ranging from 2015 and 2019, and combines it with “share of hiring” and “Compound Annual Growth” to calculate the largest growth witnessed. The outcomes represent the Emerging Jobs in India. The emerging job, however, does not show that a large number of professionals are currently employed at this position but instead, the position has consistently shown growth in number professionals per year and is expected to accelerate in the following years.

While the jobs’ list mainly highlights the jobs that have shown an increase in demand, the benefits are not limited to just national awareness. The insights represent the changing needs of the industries and the societal changes which are mainly marked by the expansion of social media networking. Thus a global impact can be marked and observed. 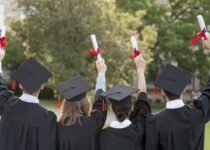 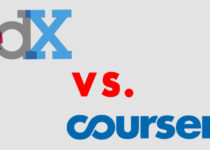